The government of Tanzania has banned for a week a popular local newspaper called The Citizen for allegedly publishing fake news about exchange rate of the country's currency, the shilling, against the US dollar. That was reported by some East African media on February 28, 2019. Earlier on February 23, 2019, the Citizen newspaper published findings of its survey that suggested the US dollar then was selling at up to 2415 shillings. That was, according to the embattled newspap

Chicago To Get Female African American Mayor For The First Time

A second summit between USA's president Donald Trump and North Korea's leader Kim Jong Un kicked off in Hanoi, Vietnam, on February 27, 2019, reported various media worldwide. The summit is a follow up of a first summit that took place in Singapore in 2018. It is expected to consolidate the deliberations of the first summit and deliver concrete agreement on, among others, denuclearization of the Korean Peninsula, official declaration of the end of Korea War, and lifting of in 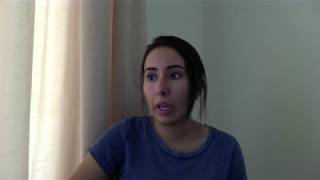 A documentary aired by Sweden's SVT Document Utifrån on the night of February 24, 2019 about missing United Arab Emirate (UAE)'s Princess Latifa Al Maktoum was powerful and compelling to all those who cherish and advocate human rights and particularly individual freedom. Princess Latifa Al Maktoum is the daughter of a very wealthy Sheikh Mohammed Bin Rashid Al Maktoum, also the leader of UAE. She has never been seen since March 2018 after she was captured in India by some Ind

Cuban voters went to polling stations on February 24, 2019, to vote in a referendum about whether they will ratify a new Constitution passed in July 2018 by the country's National Assembly of Peoples' Power. If ratified by voters, the new Constitution will imply, among others, the following to Cuba. 1) Recognition of private property 2) Restoration of the position of prime minister 3) Limit presidential terms to two consecutive five year terms, and 4) Banning of discriminatio

Former president of Zimbabwe Robert Mugabe on February 23, 2019 celebrated his 95th birthday in style, reported some Zimbabwean media. According to the reports, the ex-president's 95th birthday was marked by a lavish party organized by his eldest daughter Bona Mugabe and son-in-law Simba Chikore. The birthday party held at Mugabe's luxury Blue Roof Mansion in Harare's upmarket quarter of Borrowdale, was by invitation only, with no kids allowed. The theme of the party was "Liv

The legendary music artist and record producer R Kelly on late February 22, 2019, surrendered to Chicago police, reported some media on February 23, 2019. R Kelly is facing charges for alleged sexual misconduct involving a woman and three underage girls. The latter are said to have been between 13 - 16 year old at the time of alleged sexual misconduct incidents that allegedly span from 1998 - 2010. In their 36 page indictment, prosecutors are said to have given a chain of all

On February 23, 2019 North Korea's Leader Kim Jong Un left the capital Pyongyang in an armored train, for a more than 2000 kilometer journey to Hanoi in Vietnam where he is expected to attend a summit with US President Donald Trump. This will be the second summit between the two leaders who used to be arch-enemies. The first summit took place in Singapore in 2018. The precise date of the summit is not yet known , except it will take place by the end of February, probably on 2
1
23